This time last year, I thought I was taking my daughter was a simple checkup to find out why she'd been drinking so much water and using the bathroom so much. I had googled the symptoms several times (if you ask me, the symptoms are NOT known well enough by people who aren't affected by this disease) and thought, "There is no way that Alyssa has diabetes. It doesn't run in our family, and besides the excessive drinking of water, she's not sick!"

Here we are, one year later. I didn't know how this one year mark would hit us all. We want to make it a fun day for everyone, so we plan on going to the Puyallup Fair later this afternoon! But it definitely hit me this morning after Alyssa got on the bus.

I was simply getting dressed for the day and feeling very stressed out (I had to get up and get Alyssa ready for picture day, feed the animals, have Alyssa make her bed, test blood glucose, do a site change, brush teeth and be out to the bus all in 50 minutes!) and I just burst into tears. I don't want to feel sad about it being a year, if anything I should feel stronger, we've made it through our first year of dealing with Diabetes! But in the same breath, I can't help but feel sick to my stomach... 1 year doesn't mean it's over, it means it's going to continue until there's a cure. And Lord, do I hope there's a cure in Alyssa's lifetime.

In the past year we have:
Tested Alyssa's blood glucose approximately 2,920 times.
Given Alyssa (and she's given herself) approximately 1,085 insulin injections.
Done approximately 70 infusion set changes for her insulin pump.

Pray for a cure for Alyssa.

Be strong and courageous. Do not be afraid or terrified because of them, for the LORD your God goes with you; he will never leave you nor forsake you. - Deuteronomy 31:6 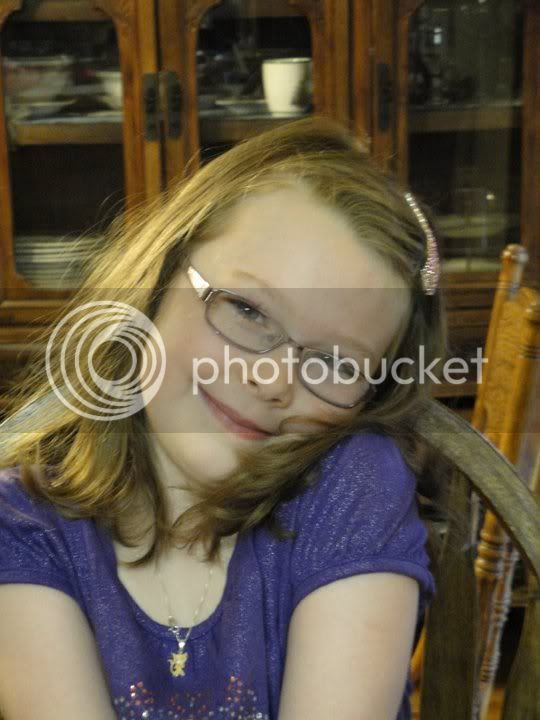 doctoralyssa
I'm a mother to 2 beautiful children, Alyssa who is 6 and Christian who is 3. I've been married for going on 7 years to my perfect other half, David. As one family unit and with the Lord as our flashlight in this dark and confusing world, we're navigating life. On September 21, 2009, our beautiful daughter was diagnosed with Type 1 Diabetes. This is our story as we learn to live with this sand in our oyster while a beautiful pearl is made out of our daughter.